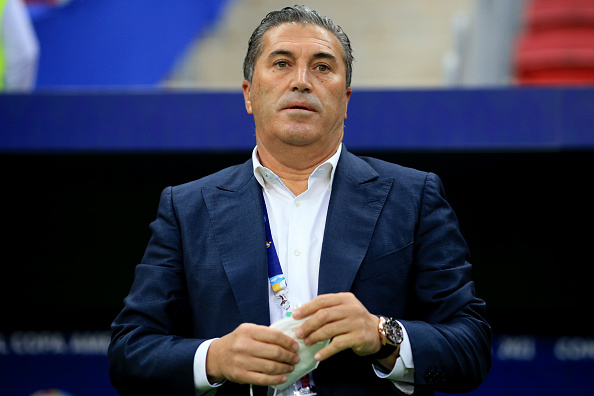 Nigeria’s new manager is ready to lead the team to the next CAF World Cup qualifiers.

Following their unexpected exit from CAN 2021, the Super Eagles will have to prepare quickly for the next crucial meetings, the last stage of the CAF qualifiers. Nigeria will face Ghana, who were knocked out in the current regional tournament before them. The match will be played in two rounds. They will first have to travel to Accra for the first game on March 24 before hosting the Black Stars five days later.

Under Augustine Eguavoen, Nigeria’s debut campaign in the AFCON group stage was actually quite impressive. They even became one of the title favorites after winning all three group stage games, including a 1-0 win over Egypt in the opener. Unfortunately, a 1-0 loss to Tunisia in the Round of 16 ruined everything. Eguavoen, who had been considered for the permanent position, eventually resigned, allowing former Sporting Lisbon coach Jose Peseiro to take charge of Winfred Ndidi and company for the playoffs. Eguavoen assumes the role of technical director himself.

Jose Peseiro’s appointment was not warmly received by the fans. It is not without reason. The fact is that the Nigeria Football Federation (NFF) initially approached Jose Mourinho at the end of December 2021. The current AS Roma boss is surely not available as he has just taken charge of the Italian capital. Instead, Mourinho recommended his colleague, Jose Peseiro, to NFF president Amaju Pinnick.

Mourinho’s suggestion was eventually approved by the NFF and Peseiro was officially appointed just days before the start of the Africa Cup of Nations. However, he did not lead Nigeria in the tournament, instead serving as an observer.

The unconvincing CV of Jose Peseiro

The doubts over Peseiro are understandable given his CV, which isn’t exactly convincing. His experience as a manager of national teams and clubs mostly ended in a combination of resignation and dismissal.

Peseiro’s only notable accolades are being the 2005 UEFA Europa League runner-up while managing Sporting Lisbon, winning the Taca de Liga (Portuguese League Cup) with Sporting Braga in 2012 and guiding Al-Ahly of Egypt to their national championship title. in 2016.

Meanwhile, his managerial career in the national team was never satisfying. His stay in Saudi Arabia between 2009 and 2011 wasn’t exactly memorable, aside from an away win against Iran. Peseiro failed to lead the Saudis to qualify for the 2010 World Cup. He was sacked shortly after the first match of the 2011 AFC Asian Cup. His last spell in Venezuela in 2020 -2021 ended in a resignation after their failure in Copa America 2021 since the country fell into economic crisis.

Carlos Queiroz’ assistant under Portuguese rule at Real Madrid has now had the chance to prove his quality once again, helping the Super Eagles secure a place for Qatar 2022. It’s a task that shouldn’t be too difficult, given the talent pool. they have in the team.

A message from the City Manager of Victoria