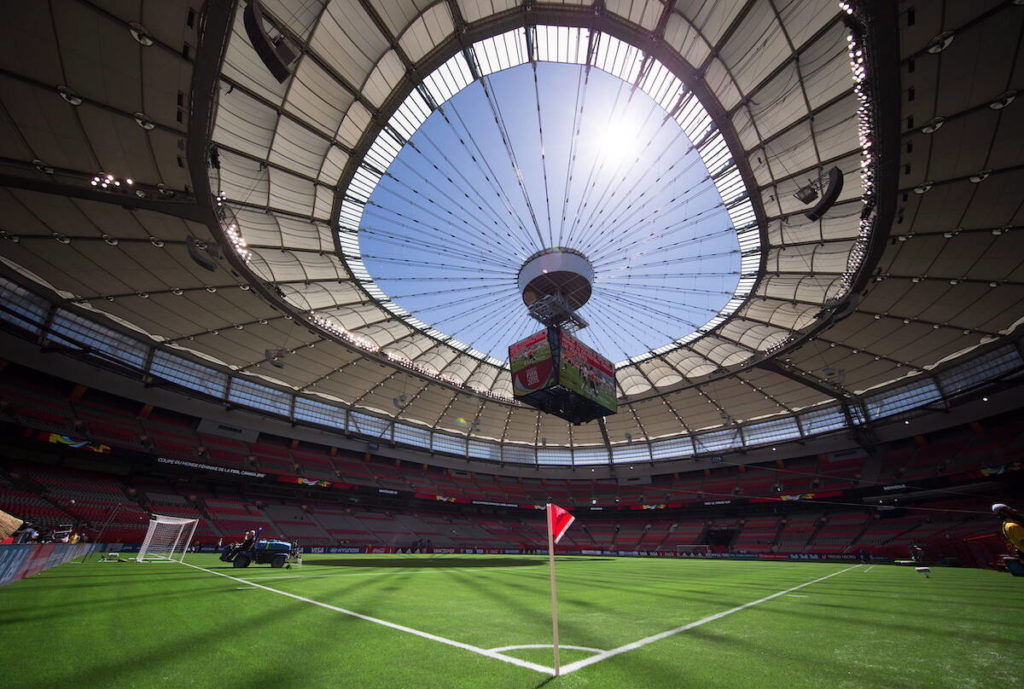 BC Place in Vancouver has been added as a proposed venue in Canada to host 2026 World Cup matches along with Edmonton, Alberta and Toronto.

FIFA made the announcement on Thursday, nine months after Montreal dropped out when the Quebec provincial government withdrew its support.

“It’s absolutely exciting to be a bid to host the World Cup here in Vancouver in 2026,” BC Minister of Tourism, Arts, Culture and Sport Melanie Mark said during the an announcement on April 15.

“We have one of the best institutions and stadiums in North America. It’s so exciting for our football fans, but really, it’s so important for our tourism sector, the sports sector, the hospitality sector – sectors that have been hit very hard by the global health crisis. .

Mark said he was “extremely optimistic” about Vancouver’s chances of becoming a host city.

The cost of hosting the games is estimated at $240-260 million. The expected economic return is expected to be over $1 billion.

Each of Canada’s potential host cities – Vancouver, Edmonton and Toronto are in the running to host at least four to five games. Only 10 will be played in Canada.

Eighteen US stadiums across 17 regions are vying for the event, with the Los Angeles area submitting both SoFi Stadium in Inglewood and the Rose Bowl in Pasadena, site of the 1994 World Cup Final. Three cities in Mexico are candidates.

FIFA also said that Amy Hopfinger, director of events for the United States Soccer Federation, will become head of strategy and planning for FIFA’s United States branch for the 2026 World Cup. Hopfinger, 41 , has worked at the USSF for 18 years.

Dan Flynn will become the subsidiary’s Senior Executive Advisor. The 67-year-old served as the USSF’s chief executive from June 2000 to September 2019.

Sixty games are to be played in the United States, including all from the quarterfinals. Canada and Mexico will host 10 matches each.

The bid plan called for a total of 16 venues for the tournament.

The bid had been narrowed down to 23 candidate areas by March 2018, including Montreal.

The remaining areas and stadiums: