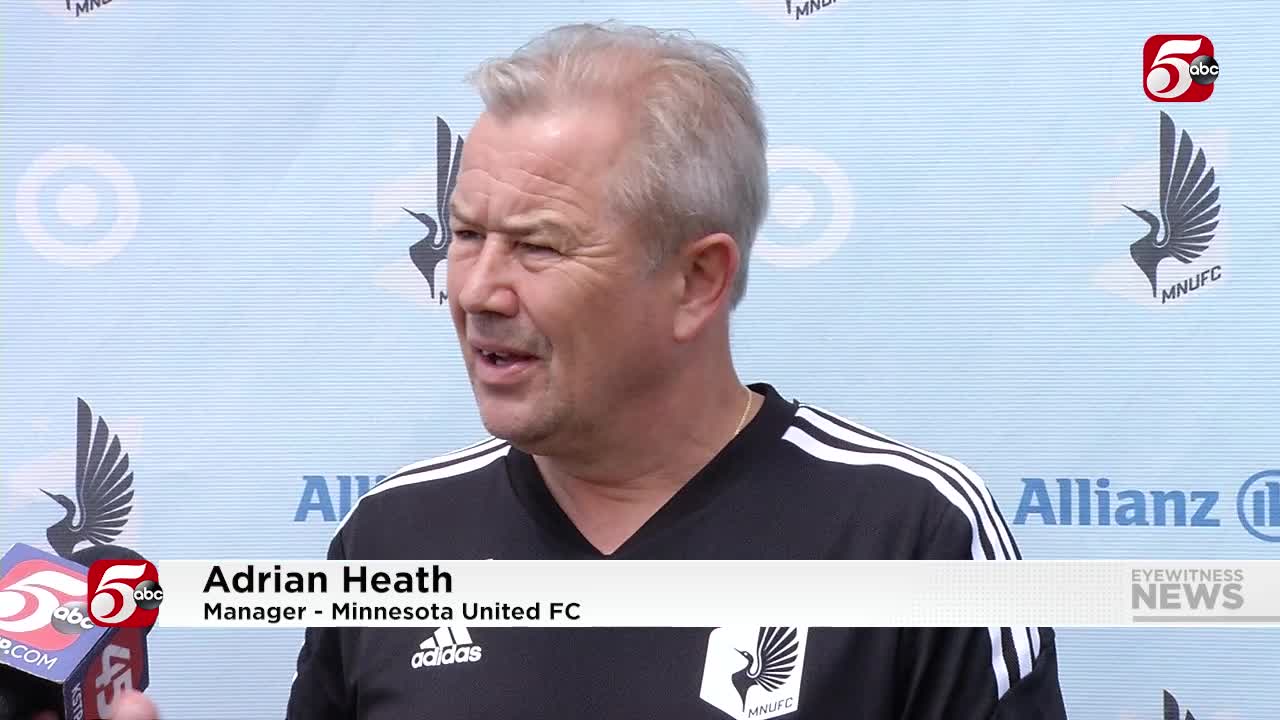 Minnesota United FC is back in action Saturday in St. Paul, hosting Portland. The match can be seen at 2 p.m. on 5-Eyewitness News. This is the first game against the Timbers since last year’s playoffs in Portland when the Loons fell 3-1.

The Loons are scorching hot, capturing 16 points in their last six games, which is the most of any MLS team in this span.

KSTP Sports was in practice Friday at Blaine and spoke with manager Adrian Heath.

***Click the video box above to watch Heath’s Friday commentary***

Heath provided plenty of news, saying Emmanuel Reynoso and Kervin Arriaga, both questionable with ankle injuries, will play on Saturday.

Heath also announced that the club had signed midfielder Robin Lod to a new three-year contract with a club option.

When asked if the Loons would trade backup goaltender Tyler Miller, Heath said there had been inquiries, but they wouldn’t just give it away.

Another note: Future new addition Mender Garcia has received his immigration nomination in Colombia and the 23-year-old forward is expected to arrive in Minnesota next week.