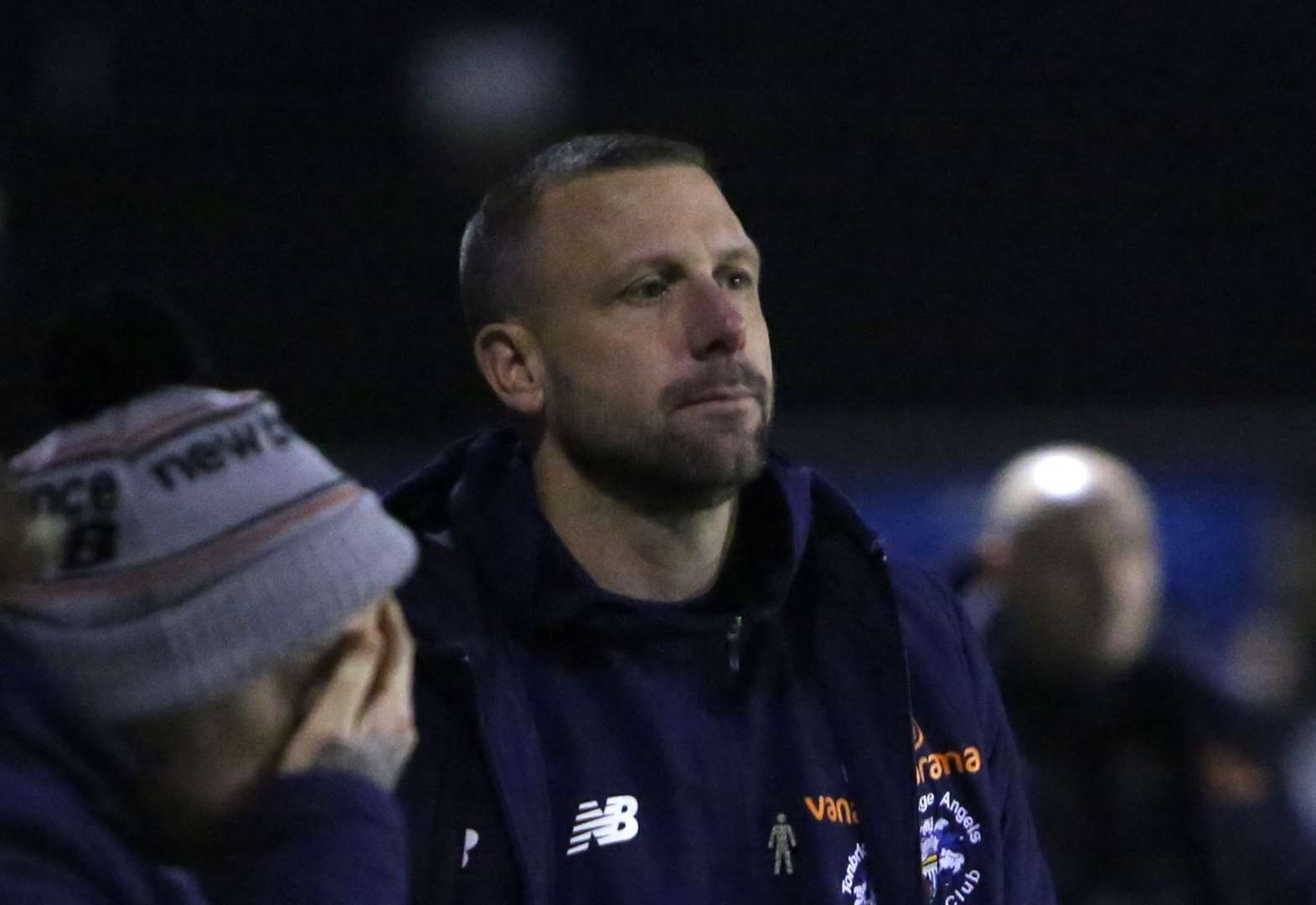 Manager Steve McKimm urged Tonbridge to build on his best spell of the season.

The Angels beat National League’s King’s Lynn on penalties last weekend to reach the FA Trophy in the Round of 16 for the first time in their history.

They backed that up by winning 1-0 at Chippenham in the National South on Tuesday night, securing back-to-back league victories for the first time this season following their late win over Hungerford a fortnight ago.

Midweek success, guaranteed by Tommy Wood’s fourth goal in three games, moved them six points clear of the relegation zone and Tonbridge tried to maintain their resurgence at home against Hemel tomorrow.

“As soon as he spins he can stop again but the boys are in good shape the minute after a bad spell,” McKimm said.

“Now we have to keep this start of the race that we are making, we have big games to come and we still need points.

“Back-to-back wins are something we ticked off and we have to keep going, especially with the Billericay and Braintree wins, we had to win those games or we’d be right in it.

“Credit to the boys. They need to continue the hard work and the faith and belief that they have shown.

“Nothing has changed around the place, the only difference is happiness after games because we won and not lost.

“The performances were the same, in terms of effort, organization and – sometimes – quality, but when you win you feel a lot better, it makes your weekend.

“As we said, we need the players to stand up and be counted and he does that.

“He never enjoyed his football, but the same way when you win you smile, when you’re a striker and you score, you smile and you’re happy.

“The players are their worst critics these days, they’ve beaten each other up enough for stuff, so I’m happy for him and the boys.

“We must continue. Just because you win a couple doesn’t mean you’re safe.

“We still have a lot of work to do, as I said a few weeks ago, to get out of this relegation battle that we find ourselves in.”

“We were like rabbits in the headlights for parts of the first half, but we played really well in the second half,” McKimm said.

“The boys stepped up, we put them under pressure and hit the post.

“They scored a good free-kick but we showed character to come back and take it on penalties.

“It was only the second penalty shoot-out Tonbridge has won in a competition like this, to take the club as far as possible, so maybe that was written in the stars.

“Maybe someone was looking down on us on Saturday.

“I have to salute the bravery of the boys who took the penalties because when you step in you are a hero or a villain, and Jonny too for doing his job.”

Victory staged a third straight draw at home to National League opposition in the competition, with Tonbridge hosting Bromley on 12 February.

“As a club, we wanted someone different who we had never played with before, just like the fans, whether at home or away,” McKimm said.

“On the other hand we have a team that is flying high in their league, they may have a new manager by then (Andy Woodman is in talks with Gillingham) and hopefully there will be a great crowd.

“It’s another big, big game for us because it’s a full-time team that flies high in its league.

“We now have the full range of teams in this league, mid-table at Torquay, bottom at King’s Lynn and top at Bromley.

“It will be great for the guys to play and a great opportunity for the club. We will give our best, as we have done in every game.

McKimm has been impressed with new signing midfielder James Taylor, who has been loaned out by Premier League side Crystal Palace for the rest of the season.

He played the role against King’s Lynn and Chippenham, with McKimm once again making good use of the loan market.

“He’s 19 and he has a bright future ahead of him,” the Angels boss said.

“We have him until the end of the season and if he plays like he has in the last two games, he will be a very good signing for us.”

Tonbridge has also decided to extend Jenkins’ loan from AFC Wimbledon for a second month.

The defender got into National South football on his first loan spell away from Plow Lane and set up Wood’s winner at Chippenham.

“We have Luke for another month, and we’re happy with that,” McKimm said.

“He did well and he put in a terrific cross for the goal at Chippenham.

“He’s another exciting young player and when you look at our squad we have a lot of young players. I don’t think people realize how many we have.

“Yes, we have a few old faces but we have quite a few young boys, so it’s a good mix.”