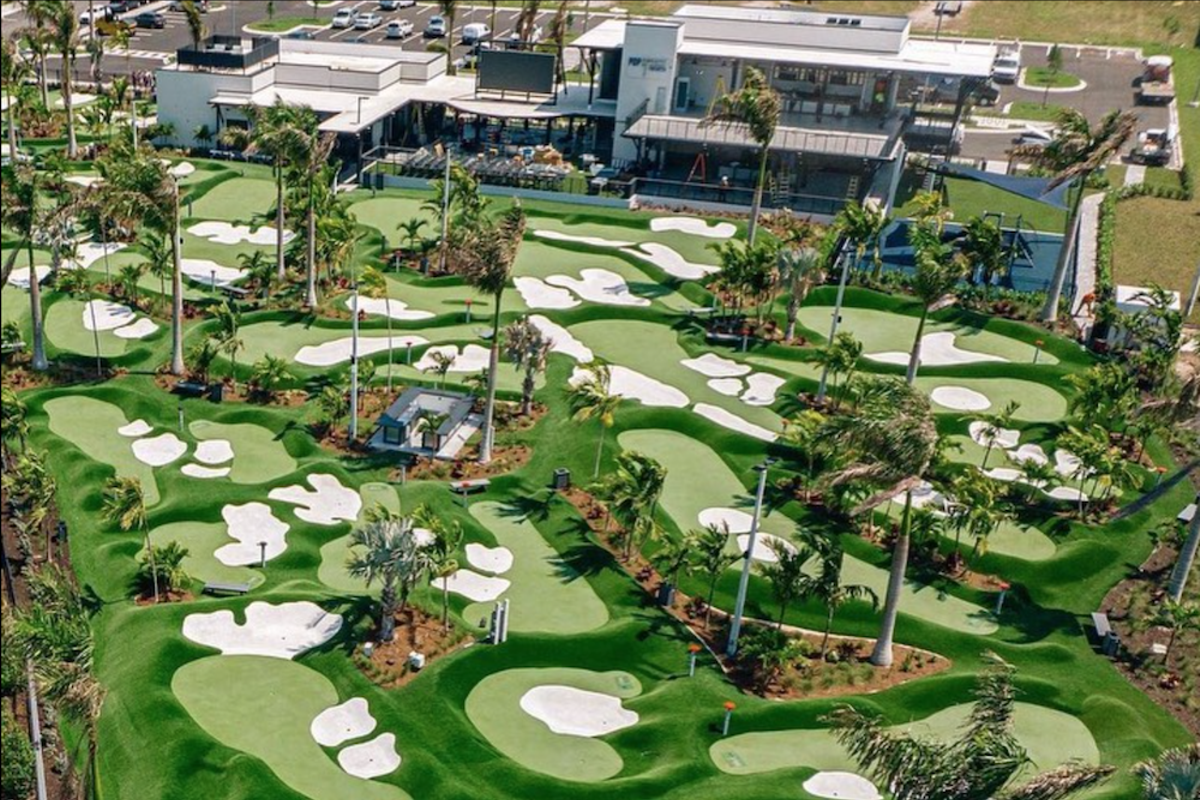 The golf and dining concept, founded by golfing legend Tiger Woods with his partner Greg Bartoli, includes two landscaped 18-hole mini-golf courses, al fresco dining, table and lawn games and three bars , including one on the roof of the building.

Located at 195 University Town Center Dr., Popstroke Sarasota is Florida’s third location, along with Fort Myers and Port St. Lucie. It is also the company’s largest site with a capacity of 400 people.

According to Popstroke websitethe area resembles a traditional golf course with a ‘sleek and elegant’ touch using synthetic turf, fairways, bunkers and rough.

Despite its recent opening, the company is looking to expand further locally and nationally. Future Florida locations include Orlando, Tampa and Delray with more Popstrokes in Houston, Scottsdale and Glendale all opening before 2023.

The Tampa location, specifically at Wesley Chapel, will be located on SR-56 between I-75 and Wesley Chapel Boulevard. It will feature a 36-hole facility with similar equipment to Sarasota.

Popstroke operates on a first-come, first-served basis daily from 9 a.m. to midnight.

Although Woods claims to be heavily involved in the process of creating the courses, he was not seen anywhere when the Sarasota site opened, likely because he is in Oklahoma scouting the Southern Hills Country Club. where the PGA Championship will take place next month. .