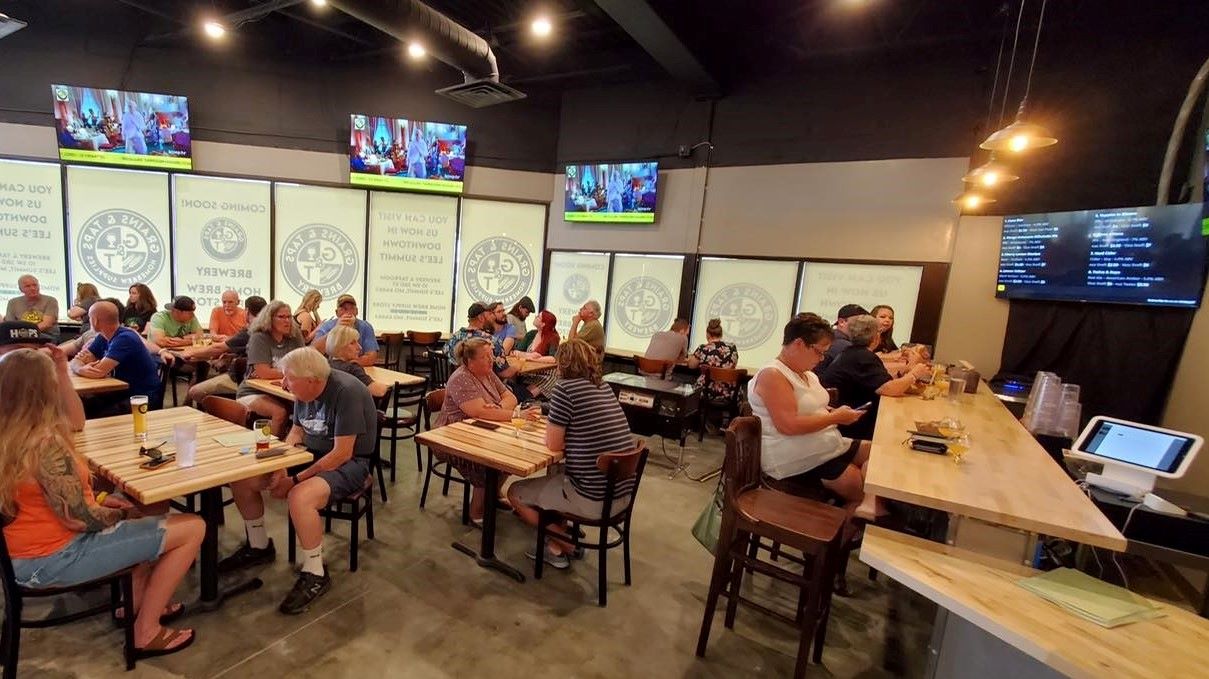 If you’ve been around the Lee’s Summit Brewery Tour, you probably know Cereals and taps. Located in the quaint downtown district, the brewery is known for its delicious beers and homemade pizzas.

Soon, Grains & Taps will have a second location.

The new location will include a bar, brewery and home brew shop. Although this place is not equipped with a pizza oven, it will offer kids and sides to snack on. They will also offer dishes from Burn Theory Fire Kitchen from time to time.

The Pine Tree Plaza location held a soft opening on June 23, but the official grand opening ceremony is scheduled for July 23. The dining room and homebrew store are currently open Tuesday through Sunday.

Trail Light Brewing – 11200 W. 75th St., Shawnee, Kansas – heads into the weekend with their latest release, Bocks Bocks Bocks. This 6.3% ABV helles bock is brewed from German malts. This gives the beer flavors of lightly toasted bread with a crisp, crisp finish reminiscent of a pilsner.

Free State Brewing Co. – 636 Massachusetts St., Lawrence, Kansas – launched an experimental IPA called High Note IPA. This IPA uses terpenes, which are natural chemical compounds often found in plants, including cannabis. This gives the beer aromas of grapefruit, orange zest, tangerine, and yes, cannabis. It comes in at 5.05% ABV and 55 IBU. And, before you ask, beer won’t really get you high.

Alma Mader Brewery – 2635 Southwest Blvd., Kansas City, Missouri – released Where The Oranges Grow, which is a brand new West Coast IPA. This new infusion emphasizes citrus fruits. You’ll get plenty of juicy grapefruit and orange burst in both the aroma and taste of this 7% alcohol beer.

BKS Artisan Beers – 633 E. 63rd St., Kansas City, Missouri – released a few new beers ahead of the holiday long weekend. The first is Grandpa’s Grill, which is a hazy 7% ABV IPA. It is very juicy and goes perfectly with all the foods Grandpa grills. The second is a double IPA by the name of Peony. The beer itself is named after the peony firework, not the flower. This 8.5% ABV DIPA contains a blend of Pacific Northwest and New Zealand hops creating a harmonious balance of pine and citrus.

Apex Aleworks – 4356 S. Noland Road, Independence, Missouri – is back with another Homebrew class. Taught by Apex Head Brewer Ben Totman, this comprehensive hands-on course teaches you the entire brewing process from start to finish. Class attendance is limited to eight people so everyone can get the most out of the experience. Each participant receives a free beer or flight and is invited to drink what they have created when Apex taps it.

Red Crow Brewery – 1062 W. Santa Fe St., Olathe, Kansas – hosts their monthly Drew’s Firkin Saturday an event. Each month, Red Crow’s assistant brewer has fun and creates a unique beer to pour on tap. Only 10 gallons of beer are made and sell out quickly. Red Crow hasn’t released beer details this month, so keep your eyes peeled to see what sort of fun beer is on deck.

Crane Brewing Co. – 6515 Railroad St., Raytown, Missouri – has partnered with Harp BBQ and Eclairs de Lune to host a Sunday brunch. The menu consists of all kinds of delicious dishes like sausages, brisket, cucumber salad and more. You’ll get a pastry for dessert and a beer from Crane to wash it all down. Crane will also be launching two new beers to sweeten the deal. Tickets are $40 per person and can be purchased here. The first 50 people to purchase a ticket will receive a free box of KC Canning Co Pepper Jelly.

3 Trails Brewing Co. – 111 N. Main St., Independence, Missouri – has partnered with Show Me Pottery for a fun afternoon of crafting. pottery pub attendees will be able to choose a pre-made pottery piece and customize it with the glaze color of your choice. You’ll also receive a free beer to sip while making your masterpiece. The finished pieces will be fired and returned to the brewery a few weeks after the event for you to collect.

Alex Andujar is a former beer sales rep turned personal trainer. When he’s not training customers, you can find him trying new beers at many of Kansas City’s great local breweries.

Thank you for subscribing!

Check your inbox, you should see something from us.

Push Kansas City reporters to tell the stories you love, about the community you love. Donate to Flatland.
Share FacebookTwitterGoogle+ReddItWhatsAppPinterestEmail