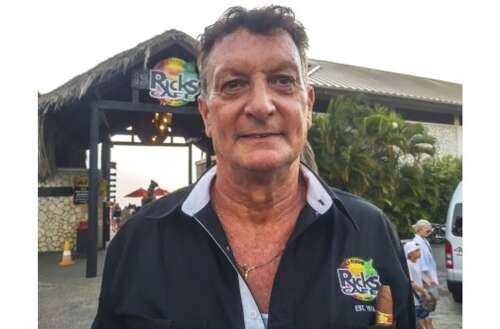 WESTMORELAND, Jamaica — Thomas Martin, the operations manager of famed Rick’s Café in Negril, Westmoreland, who was charged with breaking government COVID-19 regulations in May last year, was released on Friday.

This after a no-case submission was made by his solicitor Peter Champagne when he appeared in Westmoreland Parish Court.

The no-case submission was made following the testimony of four witnesses on Friday. One witness, a police inspector, testified live while the other three were statements that were agreed to be tendered into evidence.

It was revealed in court by the first prosecution witness that Martin was not at the scene at the time of the incident in which the popular entertainment and dining venue was accused of breaching COVID regulations -19 when hosting the popular Mocha Fest party on May 27. , 2021.

The other witnesses added nothing to or subtracted from the position of the first witness, who was the police inspector.

Champagne told OBSERVER ONLINE that as a result, “I have made a declaration of dismissal in court in light of this evidence. Mr. Martin would have no guilty knowledge of a violation that occurred on May 27, 2021. “

Champagne also pointed out that there were irregularities in the proceedings regarding the way his client was charged.

“I made the comment that it was clear there was an indecent case to prosecute someone and put someone in court without considering the proper procedural applications in the matter,” Champagne said.

“Having highlighted these issues, the judge upheld the submission and he was released.

OBSERVER ONLINE tried unsuccessfully to get a comment from Martin. However, Champagne said his client expressed joy at being vindicated.

“He expressed to me his joy at the results and he felt vindicated and appreciates the way the case was presented,” recounted Champagne, who said his client reaffirmed his commitment to Rick’s Café and its brand. well known locally and internationally and let it move forward.

In October, Martin told the Jamaica Observer that he encouraged Jamaicans to unite with the government in the fight against the pandemic and get vaccinated.

“In this time of pandemic, we must stop fussing and fighting with each other. We must support our government who are working hard to solve this pandemic problem. We must work with the opposition party who are concerned every day to know where we are going and how we are going to improve in the fight against the pandemic. Let’s stop throwing ourselves under the bus. Let’s come together as a country and solve this problem, “said Martin, adding” roll up your sleeves and work but also roll up your sleeves and get vaccinated.”

“COVID is not going anywhere. We have to fight COVID. The vaccine is all we know right now and that’s what we have to do,” Martin stressed.

Following last year’s incident, Martin and a colleague of his – Conroy Barrett, who is the financial controller – have also been charged by police with violations of the Spirit License Act and the Place of Amusement License. However, Barrett was found not guilty on August 9, 2021.

The breach had caused the property to be closed for more than a week by order of the Office of Disaster Preparedness and Emergency Management.