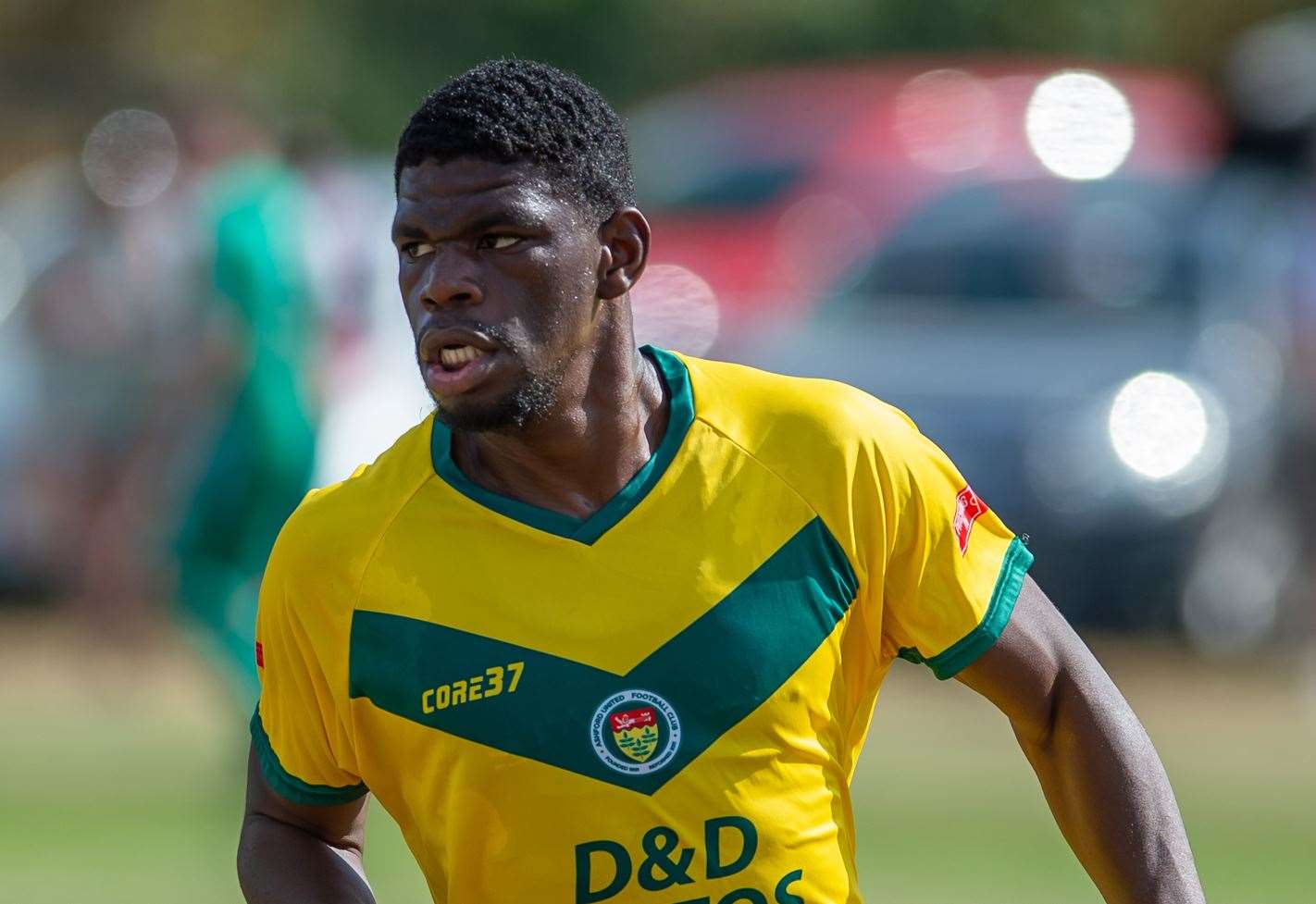 New signing Lauric Diakiesse is making the most of his second chance at Ramsgate.

He scored twice in two games, including the second goal in a 3-1 win at East Grinstead on Saturday as Steve Lovell’s side maintained their three-point lead at Isthmian South East.

The striker had a brief trial at Southwood in pre-season but was released and started the campaign at Ashford before being released by the Nuts & Bolts.

Rams boss Lovell has decided to take another look at Diakiesse and there is no discussion with his form so far.

He also scored on his debut last Tuesday as the Rams beat Beckenham on penalties in the Kent Senior Cup after a 4-4 draw.

“Lauric came to us in pre-season, he had a game, he missed a penalty and didn’t have the best of games and that was it,” Lovell said.

“It was at a time when we had a lot of players coming and going to see what we had.

“I just wanted to see him again, because we hadn’t seen him enough, and he came in and scored two goals in two games.

“I wouldn’t say he came back hungrier, he always had that hunger, it was us who didn’t give him enough opportunities before.

“When he was with us this summer I was looking for something a bit more of a centre-forward, but if he scores goals and works hard you can’t ask for much more than that.

“Nobody is guaranteed to play every week, you have to earn it. If he plays well, he stays and the others have to wait for their opportunity.”

Ashley Miller, who played under Lovell in the Gillingham youth team, scored the other two goals in a dominating victory at East Grinstead.

Now 28, Miller has bought into his former manager’s methods at Southwood and is reaping the rewards.

“I’ve known Ashley for a long time, he’s a good boy, a good pro and a good player,” Lovell said.

“He got two on Saturday and could have had six, but the keeper had a really good day and the defenders cleared a few from the line.

“The big thing I instilled in this team is that you can have all the ability in the world, but you also have to work hard on the ball, you have to work for the team defensively and that’s what Ashley does. .

“He integrated that a lot more into his game.

“With the two boys working hard up front, it helps the rest of the squad.

“It makes defenders make mistakes and gives you scoring opportunities.

“Most of Ashley’s chances are because he worked hard to close, defenders make mistakes putting the ball in areas where our midfielders pick it up and pass it to Ashley, who made the work first.”

Ramsgate will make changes for their Velocity Cup second round tie at home to managerless Faversham tomorrow before hosting struggling Corinthian in the league on Saturday (3pm).

The Hoops are bottom of the league, taking just one point from their first eight games.

Lovell said: “It’s a game everyone will expect us to win, but it may be a banana peel.

“Sheppey came to us last Saturday not being in the best position in the league, and fully deserved to beat us.

“No matter where the teams are in the league, they’re all tough games.

“Everyone beats everyone, it’s going to be a tight league this year.