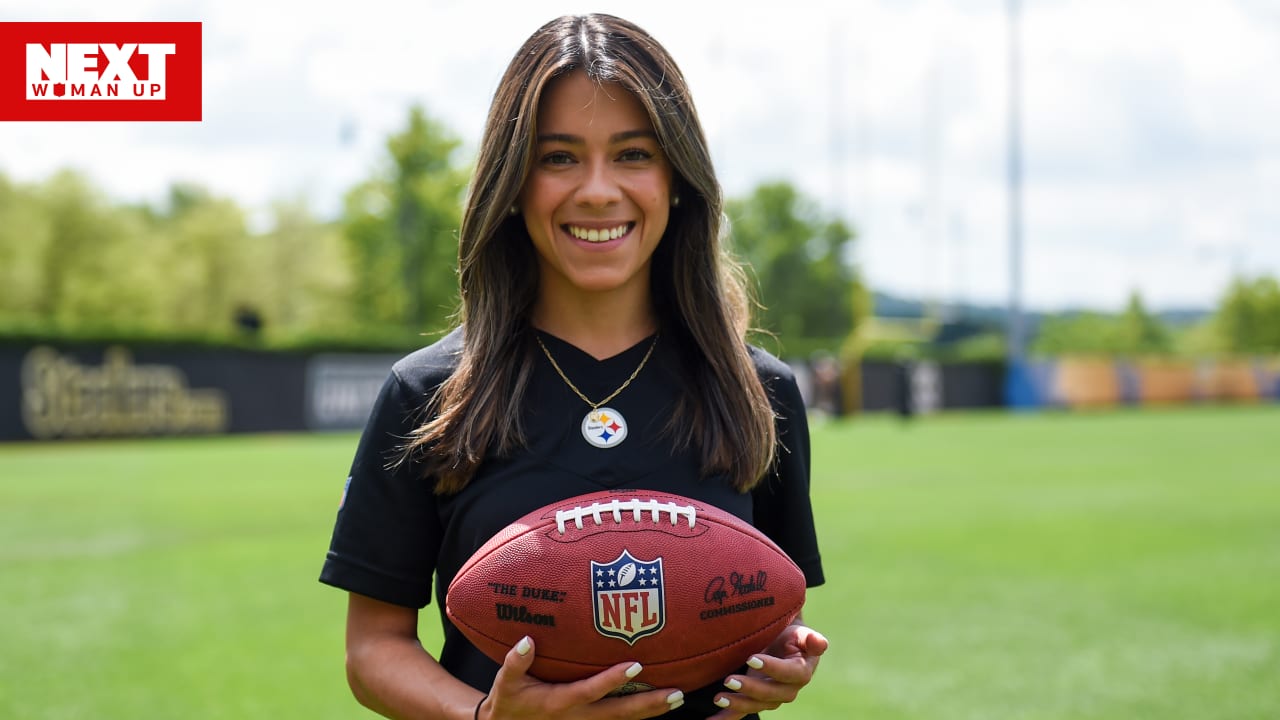 How did you start your football career?

Sport is an integral part of my family and it is something that, to this day, unites us. I grew up in Honduras, so we mostly got together to watch football. It has always been part of me. My brother, Luis, played football in high school. When I graduated from high school, I came to the United States and went to Texas Christian University, where I had the opportunity to work on a Formula 1 event. They were hiring students , and my friends and I decided to do it just for fun. I immediately fell in love with the environment and energy. It was the first time I had that spark and knew I wanted to work in the sport, but I didn’t have a clear vision of what it looked like.

At that time, TCU had a great football team and it was such an exciting time to be a TCU student. The students had free tickets to every home game, and I took advantage of that. I went to every home game, even when my friends didn’t want to go. It was another time when I realized that I wanted to work in sports. One night after a game, I looked to see if TCU’s athletic department was hiring. They had a few vacancies and within a week I applied and accepted an unpaid internship to work in spring football and women’s football. It was my very first extended experience of working in the sport and I did it for about a year.

After my sophomore year, Pittsburgh Steelers executive Omar Khan gave me the opportunity to intern during training camp. I ended up working three summers for the Steelers while in college as a training camp office intern. I’ve been to Latrobe every summer and absolutely loved it. It was so much fun, but I also remember seeing how competitive it was and how difficult it was to get into the sports industry. To be honest, I didn’t think I would earn a full-time opportunity with an NFL team, so I didn’t even try after I graduated. After three months of unemployment after graduation, I heard from the Steelers, who were looking for a Spanish content intern. I didn’t know what this opportunity was really like at the time, but Spanish is my first language. I applied, interviewed and got the internship. I’m here since.

How has your work developed from when you were hired as an intern to what it is today?

The Steelers knew from social media that they had a large following in Mexico. They had run soccer clinics and done community work in Mexico prior to my internship in 2017. My role started as a project, finding ways to engage and connect with our Hispanic – and mostly Mexican – fans. There was no clear direction at first, so we started by launching Spanish social media accounts and creating team-related content on our website, translating articles and things like that. It’s really expanded from Spanish to international and one or two social platforms to about four different platforms in Spanish and seven international platforms in total. We found that fans were engaging more through social media. Now it’s not just about planning and creating content for these accounts, it’s about engaging with them in person and planning events in their country with the goal of building relationships with people in our international markets.

I was dragged into the work. It was so exciting to see the growth, and at the same time we were working with the league and their initiatives with NFL China. Through this program, I worked with an agency to help create unique content for their accounts and interact with the fans there. We even brought Chinese fans to a game in Pittsburgh. We looked to tap into other markets via social media to see where a lot of our fans are, and we started to invest more in Germany as we saw more potential there.

It is natural for me to connect with people from other parts of the world, having lived in Honduras before moving to the United States. We’ve grown so much working with agencies in Mexico, Germany and China, and now with the International Home Marketing Areas (IHMA) program, the NFL has grown a lot internationally and we’re doing a lot more on those markets now.