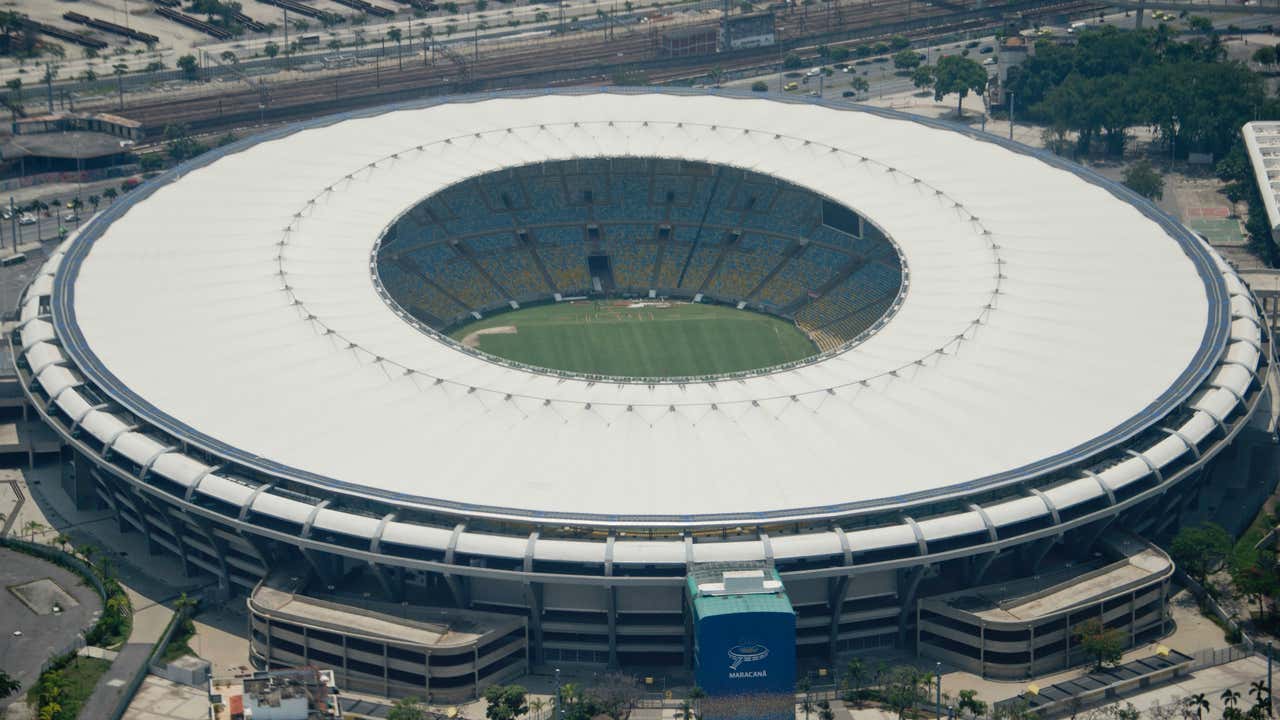 Maracana was built to be the flagship venue for the 1950 World Cup, planned to be the largest stadium in the world

The Estadio Jornalista Mario Filho, officially known as the Maracana, hosted two World Cup finals in its existence, and in doing so, recorded the the greatest attendance of spectators in the history of football.

Rich in history and riddled with stories, the Maracana has become an unmissable event for all sports enthusiasts.

So if you are planning a visit, OBJECTIVE brings you everything you need to know.

Google Maps: Other directions to Maracana Stadium can be found here.

Maracana is located east of Rio de Janeiro, about five kilometers from the city center. It is located about 12 kilometers north of Copacabana and Ipanema beaches.

The stadium is easily accessible by metro and train. Maracana Train Station is on metro line 2, accessible from downtown Rio or the Flamengo and Botafogo neighborhoods.

If you choose to take the train, take the Ramal Deodoro red line and get off at Maracana station.

When was Maracana built?

Maracana officially opened the June 16, 1950, with a friendly match between a selection of players from Rio de Janeiro and Sao Paulo. Construction of the stadium began in August 1948 and took just under two years.

Just eight days after opening, Maracana hosted the first match of the 1950 World Cup, which pitted Brazil against Mexico (4-0). It will then host four more matches in the first round of the group stage and three more in the second round before hosting the final between Uruguay and Brazil (2-1).

What is the capacity of Maracanã?

However, the official attendance for the 1950 World Cup final was 173,000 paying spectators, but it is estimated that over 200,000 people watched the match live from the stands.

The Maracana remained unchanged until the 1990s, when safety regulations required the capacity to be reduced and the stadium to become fully seated.

Brazil then hosted another World Cup in 2014, and it was clear that Maracana would be the showpiece venue for the tournament, so in 2010 a three-year construction plan saw a complete restructuring of the lower tier as well as the installation a new roof, resulting in a seating capacity of 79,000.

Which teams play at the Maracanã?

Flamengo and Fluminense have made Maracana their usual home. Other Rio clubs, such as Botafogo and Vasco da Gama, sometimes use the stadium for high-level matches.

The Brazilian national football team also often plays in the Maracanã, in the qualifiers and friendly matches.

Does Maracana host music concerts and other events?

In addition to football, Maracana hosts a variety of entertainment including concerts and other sporting events.

Frank Sinatra performed at the Maracana to a crowd of 175,000 in 1980 to commemorate the stadium’s 30th anniversary, and since then Michael Jackson, Madonna, the Rolling Stones and Coldplay have all performed there.

From 1980 to 1983, volleyball matches between Brazil and the United Socialist Soviet Republic were held at the Maracana; one of their matches drew 95,000 spectators, a world record at the time.

The Maracana was also chosen to host the Opening and Closing Ceremonies of the 2016 Olympic and Paralympic Games and the 2007 Pan American Games.

What is the Maracanã floor plan?

A seating plan for the Maracanã can be found on the soccer tripper site.

Can you book a Maracana tour?

The Maracana offers both guided and self-guided tourswhich include a visit to the press room and a look at the iconic moments that happened in the historic stadium.

Pele’s imprint and Garrincha’s 1962 World Cup kit are highlights of the tour.

More information and reservations on the Maracanã Tour website.