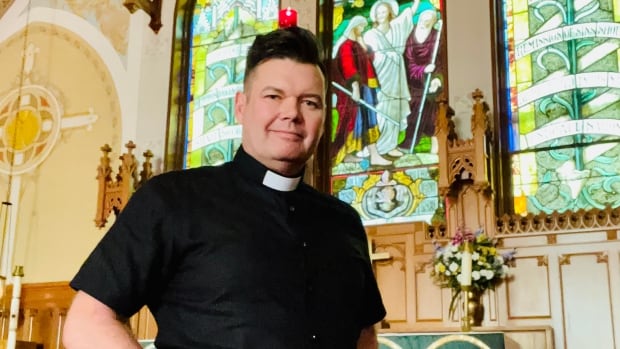 A priest in London, Ont., says he will no longer allow his church to serve as a polling place in the next municipal election and calls on other faith leaders to do the same to protest a municipal by-law that forces a church in city ​​center to stop providing services to people living on the streets.

He had planned to allow the city to open a polling station at his church for the October 24 municipal and school board elections. Now city election officials will have to find another location, Martin said.

The AA group that meets at @StAidansLondon should he leave? They gather in our church. It is not run by St Aidan’s – it is run by an outside entity. I can’t believe I have to stand up for the religious freedoms of our community. #HowDidWeGetHere ? https://t.co/DeAziJNff5

Martin and other church leaders in London speak about the city’s decision to issue a bylaw breach notice on Friday against the First Baptist Church on the Park. The church, located at 568 Richmond Street between Victoria Park and Richmond Row, had been renting space from Ark Aid Mission since the spring. Ark Aid provides outreach services to homeless people.

The city’s by-law enforcement department issued a notice Friday that First Baptist violated zoning rules by renting space to another organization. Ark Aid uses the space to run a meal program and a drop-in center.

The church has been asked to seek a zoning amendment or cease services altogether by Oct. 4. Ark Aid operates out of the First Baptist basement while it repairs fire damage and renovates its Dundas Street location.

Since the spring, some Richmond Row business owners have complained of increasing problems in their stores, including damage to merchandise and harassment of employees.

The city’s move could be bad for all faith groups, Martin said, noting that churches in the city rent space to community groups for classes, meetings and other gatherings. He fears a similar offense notice could be issued to churches that rent to groups such as Girl Guides and Alcoholics Anonymous.

“It’s really hypocrisy to say, ‘We’re not going to allow our homeless people to have what they need, but we’re still going to allow polling places to be in our churches. “, said Martin.

Martin said he emailed city officials to let them know he was removing the polling station. In response, he was told that the regulations used at First Baptist do not apply to polling places. Martin’s church stood to collect a $300 fee to host the polling station.

The notice came in response to a complaint

“Our goal is not to see service to our most vulnerable community not happen, but to make sure we have the right location,” he said. “There are a lot of places that can continue.”

A spokesman for Mayor Ed Holder said the mayor could not speak publicly about an ongoing investigation into the settlement.

Meanwhile, Martin is asking other religious leaders whose properties are meant to be used as polling places to follow his example and reject polling places on their property.

“I would ask them to close their doors and say this is not going to happen in our church,” Martin said.

If other places of worship follow suit, it could pose a problem for the city. There are currently 36 polling stations planned for churches and other places belonging to religious groups. Some voter cards on which the addresses of the polling stations are printed have already been sent by post.

A city spokesperson said he hopes organizations that have contracts with the city for voting locations will honor their leases.

“In the event of unavailability of locations, we will work to consolidate voting locations and communicate directly with those affected by any changes,” the city spokesperson said in a statement.

Reverend Kevin George of St Aidan’s Anglican Church in Oxford Street West has started a petition calling on the town to support First Baptist’s hosting of Ark Aid and its services for the homeless. By 2 p.m. Monday, 765 people had signed it.

Martin plans to join a meeting of the city’s faith leaders on Tuesday, Sept. 27 at First St. Andrew’s United Church on Queens Avenue to discuss their options.