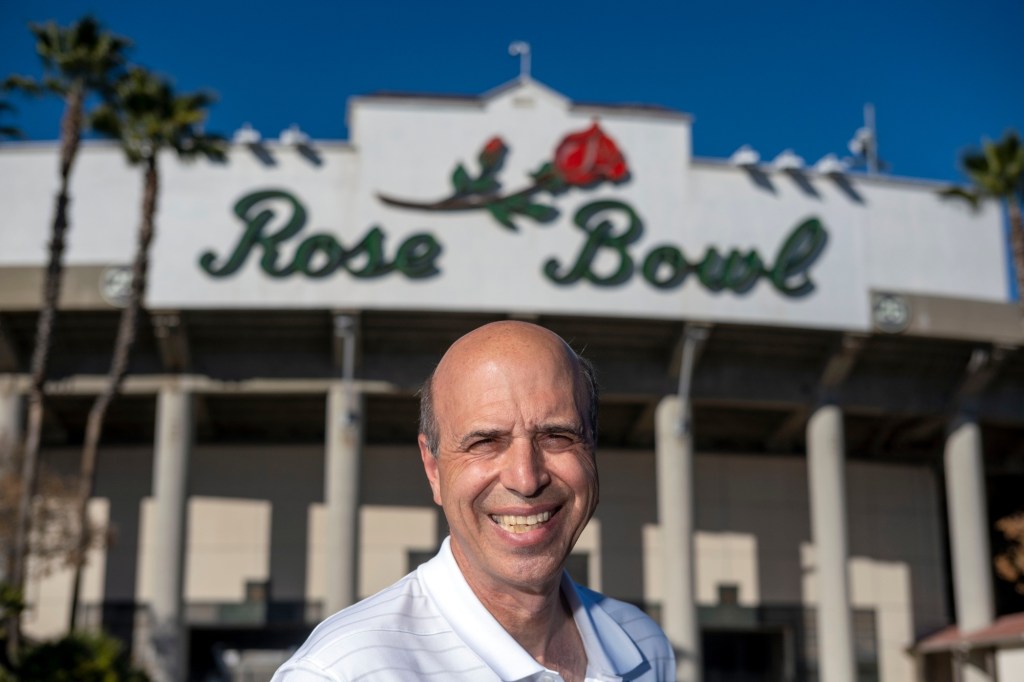 The Pasadena Quarterbacks Club monthly luncheon resumes Friday with guest speaker Darryl Dunn, who was the CEO and general manager of the Rose Bowl from 1999 until his retirement last June.

The luncheon will honor Dunn for his many years of service overseeing Pasadena’s iconic stadium.

Pasadena Quarterbacks Club moderator Harvey Hyde will host the luncheon, which will take place at the University Club at 175 N. Oakland in Pasadena. Doors open at 11 a.m. and the program begins at noon. The cost is $50 for members, $60 for non-members, and includes a buffet lunch that starts at 11:30 a.m.

Those wishing to attend are encouraged to RSVP or visit pasadena quarterbacksclub.org.

Dunn, who oversaw nearly $200 million in the renovation of Rose Bowl Stadium, was in charge while the Rose Bowl hosted four of college football’s national championship games, three college football semifinals, the final of the 1999 Women’s World Cup and more.

UCLA also plays its home games at the Rose Bowl and hosts Washington on Friday at 7:30 p.m., and the game is still part of the lunch talk.

Dunn has spoken of retiring earlier this year and leaving one of the country’s most iconic stadiums in good hands.

“This job wasn’t a game changer for me — it was a life changer,” Dunn told the Southern California Newspaper Group in June. “But at some point, it’s time to hang up. It was a race for sure.

“That said, I am always available. I always want to help in any way possible.

RBOC Chairman Steve Haderlein attributed much of the Rose Bowl’s success to Dunn when he spoke in June with the Southern California Newspaper Group.

“The success of Rose Bowl Stadium over the past 27 years is largely attributed to Darryl’s leadership and his passion for the Rose Bowl,” Haderlein said. “One of his top priorities was to ensure that America’s Stadium continues to work for the community with various community events and neighborhood protections surrounding its events. He will be missed but his contributions will not be forgotten.