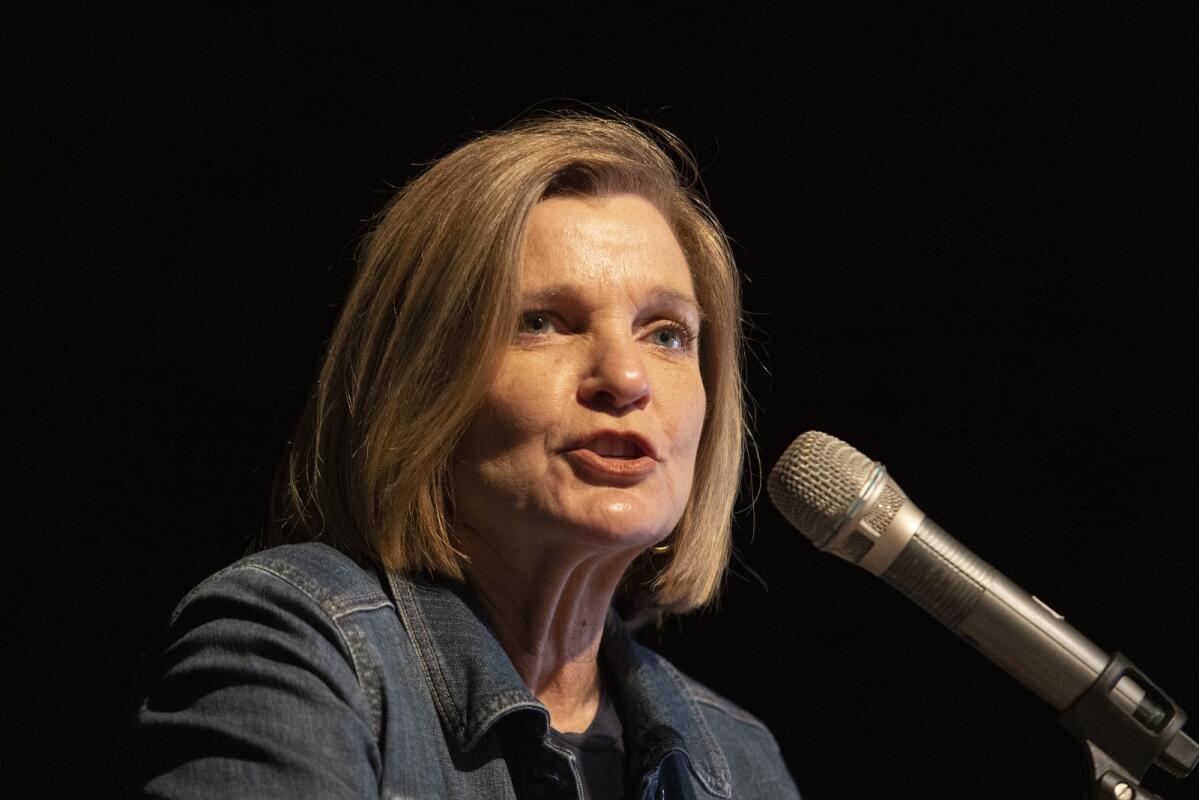 The legislation provides public funding of about $55 million for 10,000 scholarships of about $5,500 each. These “Student First” scholarships would be awarded to middle- and low-income families of public school students who wish to attend a private school instead.

“The people of Iowa think public money should fund public schools, but the Rs in the state senate passed a bill that:

Mathis’ second statement about the bill “undermining” rural schools is subjective, so the fact-checker’s analysis will focus on the first and third allegations.

Regarding the first claim, that the bill “diverts $76 (million) from public schools where 93% of Iowans are educated,” Mathis’ campaign team said it used a $76 million estimate from a Twitter post from the Iowa State Education Association.

A memo assessing the bill’s fiscal impact, prepared by the nonpartisan Legislative Services Agency, estimates the bill will result in a $79.1 million decrease in the state’s general fund for the fiscal year. 2024, because 10,000 students – those chosen to receive the scholarships – will no longer be counted. in public school education.

According to the Iowa Department of Education, there are 485,630 students enrolled in public schools in the 2021-2022 school year, and enrollment in nonpublic schools totals 33,597 students.

Mathis used the most conservative estimate on the decline in public school funding, but the numbers aren’t far off. She was right about the registration data. To note: A

We will now examine the other claim that the bill “requires 0 transparency from private schools that receive funds.”

Mathis and his opponents argue that there is limited transparency about whether public funds are spent effectively because public schools are required to meet specific standards and reporting requirements, unlike private schools. Private schools must always be accredited by the Iowa Department of Education.

Mathis’ campaign team pointed to wording in the bill’s text stating that it “shall not be construed as extending the power to the state or any political subdivision of the state to impose regulations on any non-public school that does not need to be implemented”. the Student First Scholarship Program.

The legislation contains a charter of rights for parents or guardians. This section states that parents have the right to access and review information about their child’s program, the instructional materials used, and the process for removing books from libraries.

In addition, under the proposal, parents have the right to obtain information about the instructors who teach their children, the school board and people who contract with the district or receive funds from the district.

Non-public schools can either be accredited by the state or by an independent state-approved agency.

Both are required to submit a Fall and Spring Basic Education Data Survey, which includes information such as student enrollment, immigrants and the number of students learning English.

Individuals accredited by the state agency must submit documents throughout the year, such as a comprehensive school improvement plan and a nonpublic consultation agreement, which is a preliminary agreement for equitable services in under programs that provide additional federal funds for the upcoming school year.

Those accredited by an independent, state-approved agency have “little or no reporting requirements” to the Iowa Department of Education, said Heather Doe, director of communications for the department.

Finally, Mathis is right. There are already fewer reporting requirements for private schools, and this bill does not add new transparency requirements for schools whose students receive the proposed taxpayer-funded scholarship. To note: A

Wording in the bill that would have added more transparency does not apply to private schools. And Mathis is correct that the bill diverts millions of people from the public schools where a large majority of Iowans are educated.

We give Mathis an A overall.

The members of the Fact Checker team are Elijah Decious, Erin Jordan, Marissa Payne and Michaela Ramm. This fact checker was researched and written by Marissa Payne.