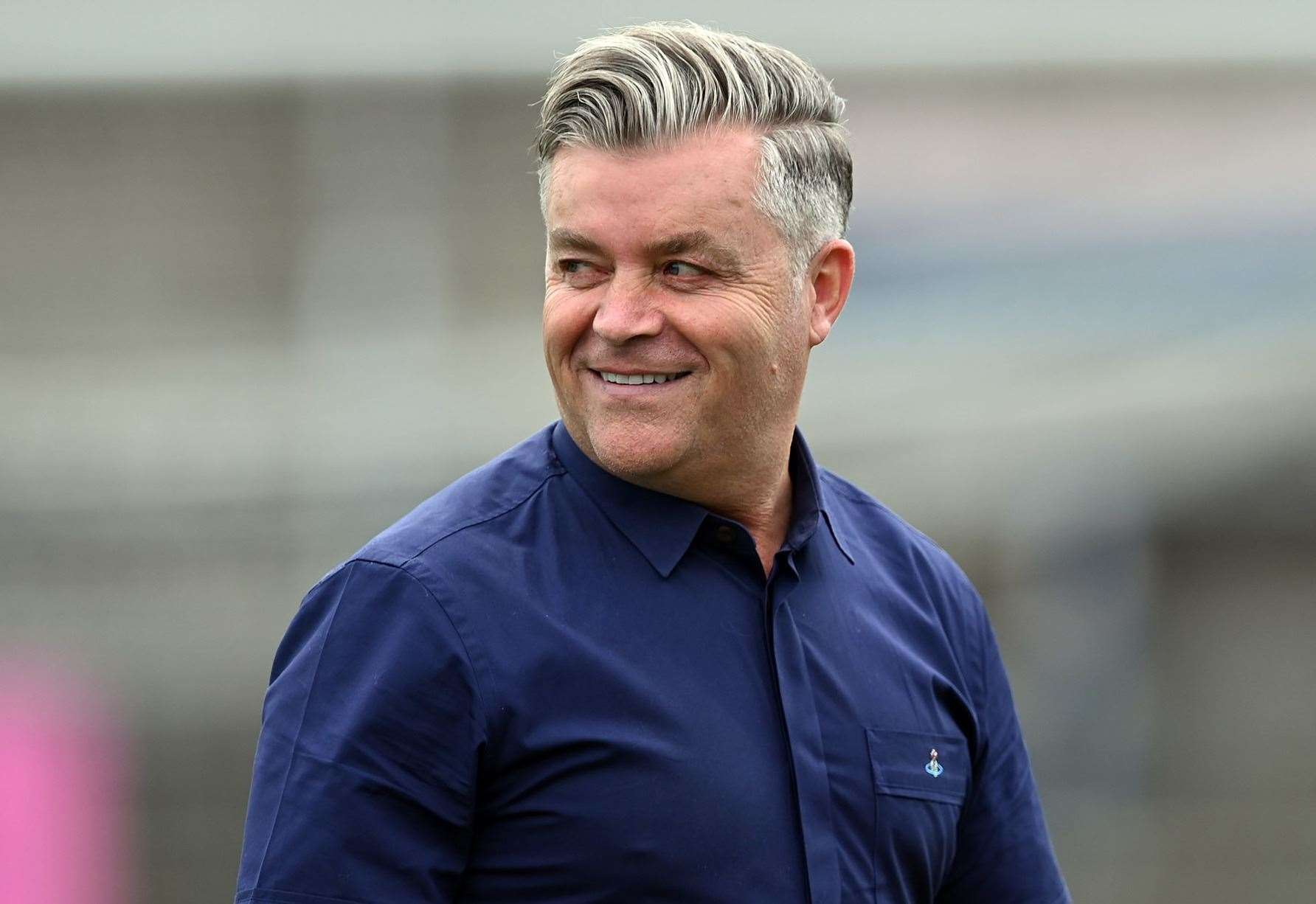 Having scored 13 goals in their last two away games, Dartford will not lack confidence. But they come up against a Chippenham side who will play without the burden of waiting after an impressive late surge of form saw them claim seventh place on the final day of the season.

Their 2-0 win at Havant last weekend underscored just how dangerous a Chippenham opponent can be on that day.

“We have players who can win games but they have to show up or our season is over,” King warned.

“There are some players who have a bit more and when they are on it they are hard to stop.

“If we play as we can and they all show up, we are capable of beating anyone in the division.

“We are in a good position, but also Chippenham, I looked at their form and they did well.

“They have one of the best strikers in the league [in Jordan Young]. They paid him £5,000 in February, he scored twice at Havant on Saturday and twice in the game against us earlier in the season when I wasn’t there.

“They are going to be a threat. They are well anchored and since they changed managers [last month], they had fantastic results under Gary Horgan. They’re the unexpected play-off team if you will, so there’s no pressure on them.

“They went to Havant, who just needed a point on the last day, and beat them.”

Dartford lost 4-2 at Chippenham in March, but King missed that game due to surgery. The teams also drew 3-3 at Princes Park earlier in the campaign, with Chippenham claiming a 94th-minute equalizer.

But neither match affects the play-off matchup, according to King.

“It’s a unique game,” said the darts boss. “There were players in those games who won’t feature this week and they also changed players on their side.

“They have a new manager, we have someone like Marcus Dinanga who hasn’t played against them.”

The winners travel to Ebbsfleet on Sunday in the play-off semi-final, but King is not pondering the prospect of a derby against their rivals.

“There is no point in looking ahead,” he warned. “If you don’t beat Chippenham then it’s irrelevant.”

King has made a host of changes for Dartford’s trip to Eastbourne on Saturday.

The likes of Dan Roberts and Kalvin Kalala both scored in a stunning 7-2 win. It left many watching the previous home loss to Braintree and wondering what could have been.

Those dropped points meant Dartford finished fourth rather than third, and means they play in the eliminator instead of hosting Sunday’s semi-final.

King replied, “I don’t dwell on what could have been, what should have been. We can all look back and think of moments in the season, but I don’t look back Braintree, for example. We lost and moved on – that’s it.

“We had a poor performance, but you have to credit the opposition. Braintree was good and a handful, it’s not just about us, give them credit as well.

“That’s about where we ended up. We were playing for the championship until last month and we fell a bit short.

” I am realistic. I remember telling you at the time that we were not getting carried away and that it was only the beginning of the season, there was still a middle and an end to come.

“I said I knew there would be times when we would be first, second, third, fourth or fifth and that’s how it went.

“You can point fingers at a lot of things, but I don’t want to make excuses.”

Of the Eastbourne win, King added: “It was really good. Going to a play-off team and playing against their entire team and getting a win like that was great.

“Our finish was exceptional. We could have scored more but that’s being greedy I guess. Giving that kind of performance in the last game of the season was very nice.

The new location of the New Forest Cycle Tour