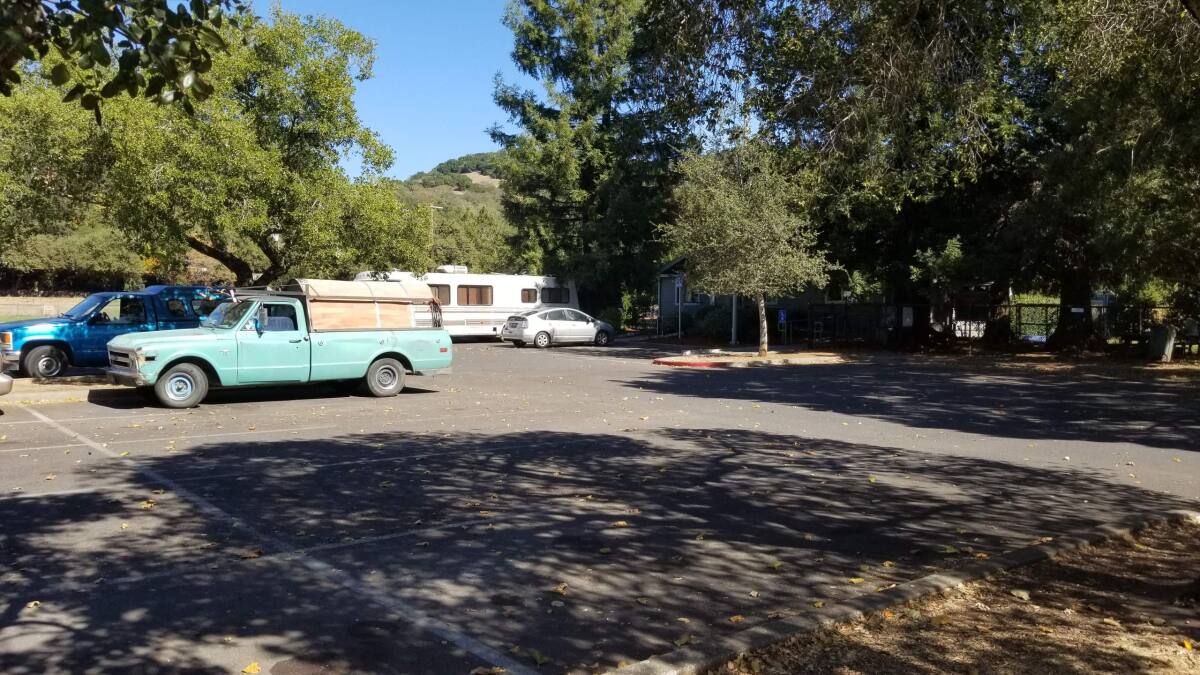 The Sonoma City Council met on Wednesday to discuss a proposed relocation of Sonoma Overnight Support’s secure parking program, but came away with more questions than answers about the future of homeless services in the city. ‘non-profit organisation.

“We are now approaching a month and a half to find a way to move the secure parking lot off the lot next to the Field of Dreams,” visibly frustrated council member Bob Felder said of the impending deadline for terminate the program at its current level. location near playgrounds for young people.

In December, the council extended the secure parking program permit at 175 First St. W. through April 1, rather than the requested six-month Sonoma Overnight Support (SOS) extension.

The nonprofit hosts the program nightly in the city parking lot, allowing people living in their cars to park safely from 10 p.m. to 9 a.m. But the land is shared by the Sonoma Police Department, City Council chambers, and Field of Dreams. sports fields for young people, as well as the Haven – the main headquarters of SOS where showers and laundry services are also accessible.

Some residents and officials have urged the city to move SOS services, saying its programs for the homeless are incompatible with a location also for children’s sports. In December, the council extended the SOS secure parking program through the end of March, but instructed city staff and SOS officials to seek a new location for services beyond that.

SOS executive director Kathy King stressed that a suitable location should include space to provide the nonprofit’s full services – showers, laundry and access to meals and public transport. Currently, SOS’s meal service operates at Springs Community Hall, 18627 Highway 12, while other services are offered at The Haven. Additionally, King said the Haven served as the office of five SOS staff.

On February 2, the council set a goal of moving SOS, and possibly the Haven’s trio of modular buildings, either into the city-owned company yard on East Eighth Street or into the layout parking operations plaza at the Sonoma Valley Veterans Memorial Building parking lot at 126 First St. W.

According to city staff, moving the three Haven units — complete with a new foundation, sewer, water and electrical hookups — would cost about $793,000.

City staff also explored the possibility of renting trailers to provide washrooms, laundry and showers. The initial setup — including water and electrical hookups and ensuring ADA compliance — would cost around $247,000. The cost of renting each trailer is about $19,000 per month, according to the staff report.

All five members of the city council agreed that the company court was prohibitively expensive.

“I thought that might be a good idea,” Vice Mayor Kelso Barnett said of his initial support for the Eight Street East location. “But I’m obviously compelled by the analysis that that’s not the case.”

As for the county-owned Veterans Memorial Building parking lot, Acting City Manager Sue Casey said staff have yet to hire county officials, or veterans’ representatives who help operate the building. facility, regarding hosting the parking program on its land.

Barnett was dubious of the vet building as a solution to the parking lot program, as he always left Haven services near the Field of Dreams. “I think we should put all of our energies into finding a new location,” Barnett said.

During the public comment portion of the meeting, resident Fred Allebach said SOS’s current location in the shared parking lot may ultimately prove to be the most suitable. Allebach said fears of increased crime due to the Safe Parking program are a straw man argument.

“The crime rate there is no higher than anywhere else in town,” Allebach said. “But this is the pretext for which SOS must be moved. The problem of compatibility with the crime is simply not there.

Allebach urged the council to expand the secure parking program on the city’s shared land and amend the Haven’s SOS permit to allow for other wraparound services.

Ultimately, the council directed Casey and city staff to return at a future meeting with information on the viability of the Veterans Memorial Building lot as a temporary location for the parking program.

Barnett asked city staff to “facilitate and even take the lead” in finding a suitable location. “I think we need to do more,” he said.

Councilor Madolyn Agrimonti enlisted community volunteers to help find a new location. “Somewhere there has to be a solution,” she said.