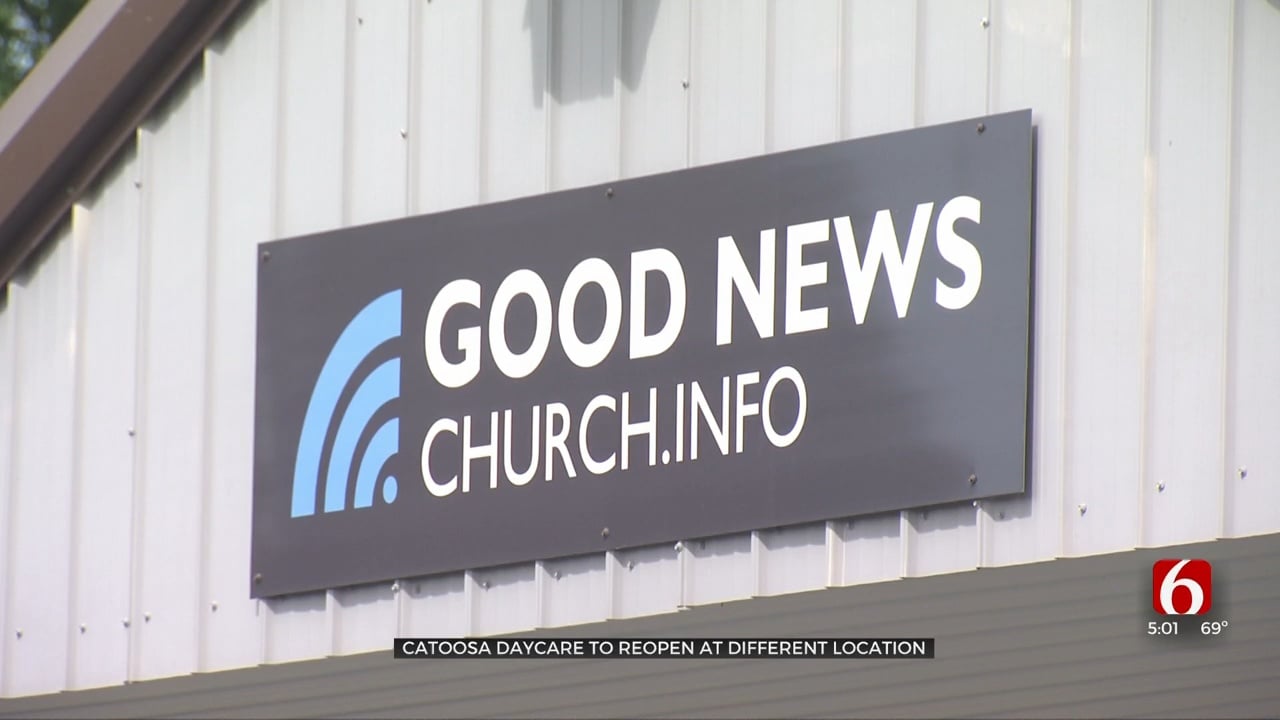 A Catoosa daycare center that was forced to close will now reopen in another part of town, thanks in part to an outpouring of community support.

The daycare was going to close because the church that owns the building sold it.

The daycare was one of only two in the area and its closure would have left almost 100 children without a place to go.

It’s peaceful and quiet at the Disciple Discovery Center, as toddlers are soothed to sleep during nap time. But the past few weeks have been anything but peaceful for the daycare staff.

“It was devastating,” said Christy Lewis. “We didn’t know where they were going.”

“We were all really, really shocked when the building was sold,” Chanda Costner said. “We were heartbroken because we are a family here.”

Principal Chanda Costner said she was told their church had sold its daycare and would be forced to close this month.

“At first I was like, let’s keep going, everyone is breaking up, but my wheels kept turning. Maybe I can do it,” Chanda said.

Chanda decided to open her own daycare after local Good News Church offered her some of their space.

Chanda has started a GoFundMe, is hosting fundraisers this week, receives a grant from DHS, and even took out a loan to pay for it all. All over Catoosa, people helped out.

You can click here to donate to the daycare GoFundMe.

“I have to put in sinks, sprinklers, fire alarm systems.”

Christy Lewis teaches two-year-olds and said she and all of the other staff are with Chanda in the new building and are grateful to be able to continue to love their children.

“These little ones are very dependent on us,” Lewis said.

“It touches my heart to know that I am doing something for this community that needs this daycare,” Chanda said.

Fundraisers and Bake Sale take place Saturday and Sunday starting at 9 a.m. in the parking lot of the Disciple Discovery Center.

UCI Road World Championships Wollongong 2022: When, where, how to watch a cycling event in Australia

Where is ‘College GameDay’ this week? Location, time, guest picker for week 4 on ESPN