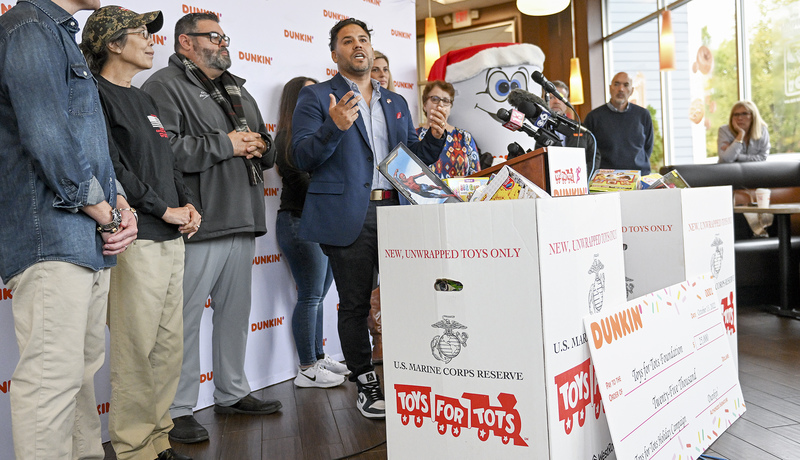 MALTA – Capital Region Toys for Tots has announced the launch of its holiday campaign and that it will move its holiday headquarters from Clifton Park to a new warehouse in Mechanicville.

“We call on the community,” Roman said. “And, to local businesses to help provide trucks and vehicles needed to help transport thousands of toys from the previous Clifton Park location to the new warehouse coming this holiday season.”

“We can’t do it without you,” Roman said. “We haven’t delivered a single box, we’re going to have less than 30 days to send all the boxes out to the community.”

Individuals or businesses interested in helping transport toys to the Mechanicville warehouse can contact Toys for Tots by email: [email protected]

Capital Region Toys for Tots and the Marine Corps Reserve will work with more than 250 community agencies and serve more than 200,000 children this holiday season, Roman said.

Toys for Tots needs as many volunteers as possible, Roman said. Volunteers are needed to drive, sort toys, bag and tag toys, he said. Anyone from college (volunteering with a parent) and up can volunteer. Those interested in volunteering can do so by clicking on “volunteer” on the Toys for Tots website.

“We are committed to continuing this holiday tradition of giving gifts to children while keeping everyone safe and healthy this holiday season,” Roman said. “We look to our long-term partners, including Dunkin’, for their support in fulfilling this annual mission of bringing joy to children during the holidays.”

This year marks the 75th anniversary of the Marine Corps Reserve’s Toys for Tots program, and the 14th year Dunkin’ has partnered with Toys for Tots.

“We encourage all of our valued guests to help us kick off the season by dropping off a new, unwrapped toy at one of our 100 locations,” said Dunkin’ franchisee Natasha Teixeira.

More from The Daily Gazette: