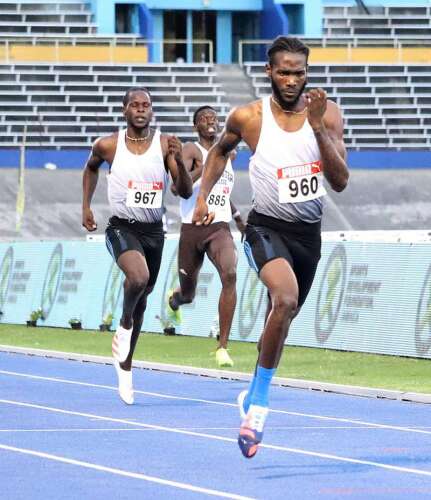 Racers Track Club’s Anthony Cox (foreground) crosses the line to win the men’s 400m final with a personal best 45.75s during the Jubilee Series meet at the National Stadium on Saturday May 7, 2022. Dennick Luke (left) of GC Foster College was third in 47.66 seconds, while Cox’s club teammate Terry Thomas was sixth in 47.26. (Photo: Observer file)

Director of Athletes Cubie Seegobin is urging the Jamaica Athletics Administrative Association (JAAA) to be more proactive in positioning itself at the center of a collaborative push to hold more local fixtures.

Guyanese-born Seegobin, while advocating the importance of athlete development, argued that Jamaica’s rich history in athletics, coupled with its reputation for hosting competitions that earn global respect, make it an option. attractive to local and international competitors.

“I would like to see, you know, more meetings in Jamaica because I think it serves a purpose,” he said during an exclusive meeting with the Jamaica Observer.

“We have great officials, we have great administrators, we have the timing system. Our times are legit: no one ever questions the times in Jamaica, because the athletes race them outside of Jamaica. So I think – and I discussed with Coach [Maurice] Wilson – having more meetings in Jamaica, I mean, we can sit down and find a formula.

“The [are] some places you can run in America and people are asking about the times, and they’re telling you “come run in Europe”. I’ve never heard anyone question Jamaican time because they know we’re not playing with clocks,” said Seegobin, a renowned name in athlete management and the promotion of track and field competitions.

“The JAAA tried – they offered cash prizes at some of the meetings last year and this year. But we need more competitions every weekend, so that we can develop our athletes here and then give them the springboard to be able to get out there and race. And it’s proven; look at the times we run in Jamaica, whether it’s Elaine [Thompson-Herah], be it promising young athletes, high school students. That’s what I would say to the JAAA is that we need more local competitions,” he told reporters.

Wilson, the Sprintec Track Club head coach who has served as the national team’s technical chief at major championships, backed the appeal.

He noted that this season’s Jubilee Series, with significant funding coming from the state-run Sports Development Foundation, is a prime example of the potential for meaningful partnerships.

“We’ve seen now with the Jubilee series where there’s this collaboration with the Department of Sports and so on,” Wilson said.

“We have to build on that marketing…the number of views…I think 120,000 people have been [watching] online, so what we’re doing here, we’re reaching all over the world. And so, about additional competitions, I think that’s an area that the JAAA can look to.

“They started, but now they have to make sure it’s almost perfect, because the whole world watches when a meeting is organized in Jamaica. So from that point of view, I believe there are areas that need to be improved,” he said.

Wilson, however, stressed that the JAAA led by Garth Gayle must match its peers globally and become a professionally run entity if it is to move forward effectively.

“I have to congratulate the president because he is someone who is ready to sit at the table and you can have a discussion with him. However, moving forward, there needs to be changes, broadly speaking, within athletics so that we keep abreast of what is happening in the sport,” he said. he declares.

In response, Chairman Gayle said he welcomed the partnerships, while noting JAAA’s handling of the Destiny Series last year and the Jubilee Series. Still, he said the JAAA “would like to do more than that” and promised that more competition initiatives are in the works.

The JAAA is gearing up to host the National Championships this month, which will help select teams for the World Championships in Oregon, USA, July 15-24, and the Commonwealth Games in Birmingham, England. , from July 28 to August 8. 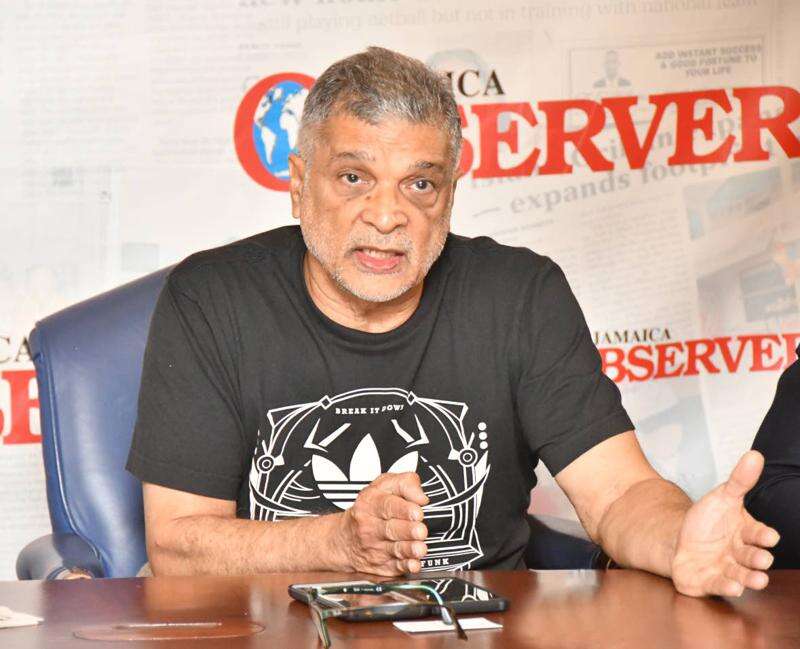 SEEGOBIN…I’d like to see, you know, more meetings in Jamaica because I think there’s a point (Photo: Jason Tulloch)