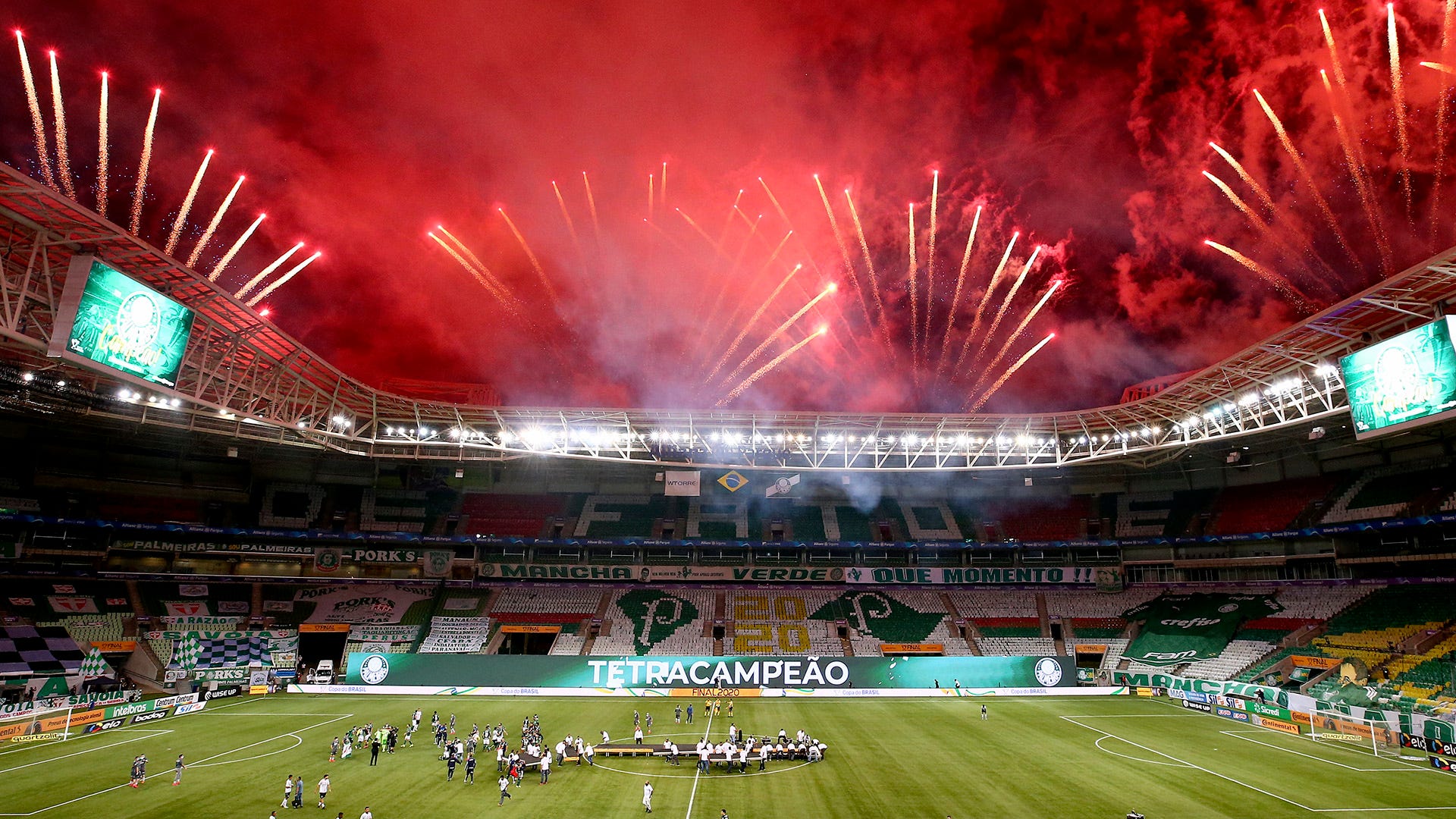 Allianz Parque, also known as Palestra Italia Arena, is one of the most advanced stadiums in South America, located in the heart of Sao Paulo.

The design is awesome. Sophisticated and large in size, it has the capacity to host a wide variety of events.

So if you are lucky enough to schedule a visit, OBJECTIVE has everything you need to know.

Where is Allianz Park?

Google Maps: Other directions to the stadium can be found here

Allianz Parque is located in the village of Pompeia, not far from the neighborhoods of Perdizes and Barra Funda, in the northwest region of Sao Paulo.

The stadium is easily accessible by public transport. You can take the red line from various stations in the city center to Palmeiras Barra Funda metro station, which is just a 10-minute walk from Allianz Parque.

Alternatively, you can take a commuter train to Barra Funda or Agua Branca stations.

Many buses also pass in front of the stadium, which can be a faster option if you are coming from the Jardins district.

When was Allianz Parque built?

The stadium was officially opened on November 19, 2014with a Brazilian Serie A match between hosts Palmeiras and Sport Recife, which ended 2-0 in favor of the visitors.

Allianz Parque was built on the same site as Palmeiras’ old stadium, Estadio Palestra Italia, where they last played in July 2010, before it was demolished.

Palmeiras announced a naming rights deal with insurance company Allianz in 2013, then allowed fans to vote for their favorite name incorporating Allianz.

Fans could choose between Allianz Parque, Allianz Center and Allianz 360º. Allianz Parque was voted the winner by an overwhelming 89% of fans.

What is the capacity of Allianz Parque?

The Allianz Parque has a capacity of 43,600which is about 16,000 more than its predecessor.

The stadium’s attendance record was set in July 2016 when Palmeiras faced Santos in a league game, which was attended by 40,035 people.

Which teams play at Allianz Parque?

Allianz Parque is mainly occupied by Palmerias. The land is also available for the use of brazil national football teamalthough they do not do so with great regularity.

Does the Allianz Parque host music concerts and other events?

Allianz Parque was designed to be a multipurpose stadium and therefore frequently hosts concerts and other events.

Paul McCartney was the first to perform at the stadium in November 2014; since then Justin Bieber, Ed Sheeran, Shakira and Coldplay have followed suit.

Other events in the Allianz Parque include UFC open training sessions, freestyle motocross shows and League of Legends World Championships

Can you book a tour of Allianz Parque?

The Allianz Parque offers guided tours that take fans on a narrative journey through exclusive areas of the stadium such as the press boxes, dressing rooms and pitch.

Check the official stadium website for more information and reservations.

What is the Allianz Parque floor plan?

You can find a seating plan for the stadium on the Football Tripper website.